Yesterday, I was proud and humbled to take on the Presidency of the world's oldest travel association - accepting the chain of office from our superb outgoing President Joanne Dooey. Jo will be the ultimate 'hard act to follow', having led the SPAA through the most traumatic two years - not least for the travel industry - in living memory. You don't need me to tell you how hard Jo, our Council and Secretary have worked - often in the media glare, but always, even in the background, energetically and patiently - to argue the case on behalf of Scotland's outbound travel sector. Rest assured, I am committed to driving that case forward to the best of my ability throughout my term.

For now, I know you will join me in offering Jo our sincere thanks and huge appreciation for her dedication and commitment, and wish her the very best for 2022 and beyond.

Our constructive and determined engagement with Government continues

As we head into the first full business week of 2022, the Association's lobbying focus & effort remains on pursuing targeted financial support from UK + Scottish Government, and a coherent 'road map' for outbound travel recovery - for both the leisure and business travel sectors. We're re-energised, informed and motivated, with clear and detailed aims.

You'll see from the media comment below, how potentially significant this week's hard fought-for testing changes are. Nonetheless, we still need support and we're engaging with politicians across the parties, and pursuing meetings with Scottish Finance and Business Ministers - Kate Forbes and Ivan McKee.

A timely reminder to use a travel agent

On the 31st December, we circulated an Emirates Alert to Members - advising of an imminent change to Dubai's Covid-19 test requirements. Media reports followed, that a number of travellers subsequently turned up for an outbound flight with the wrong pre-departure test profile, and only with the assistance of Emirates, were they able to re-schedule their travel. The comment linked below is a timely reminder of the value of well-informed travel agents, and the SPAA's communications channels!

Our busy SPAA Annual General Meeting for 2021 took place yesterday, with more than 70 Members and Associates attending, in person and virtually. Outgoing President Jo Dooey passed the chain of office to Mike Tibbert, and Council Member Jacqueline Dobson stepped up to the role of Vice President. Long-serving Past President Sandy Macpherson was presented with an Honorary Membership, and incoming Treasurer Drew Stewart was present to make his first financial report.

The AGM was followed by a relaxed and enjoyable New Year Networking Lunch, as the world's oldest travel Association enters its second century - stronger than ever, despite the Covid-19 crisis; very much in 'active service' and good heart!

The pragmatic changes to testing and isolation rules announced by the 4 Nations this week, which I mentioned earlier, signal a positive start to this new year, and other comments by the UK PM and our FM seem to point to a potential move in public health action towards long term containment (akin to the approach to 'flu) rather than short term reaction. It's a badly-needed start, and one that the outbound travel sector will embrace and encourage at all levels. The SPAA will carry on our patient, determined engagement with Government, media and the public to build back confidence, innovation and flexibility.

All the best to you, family and colleagues! 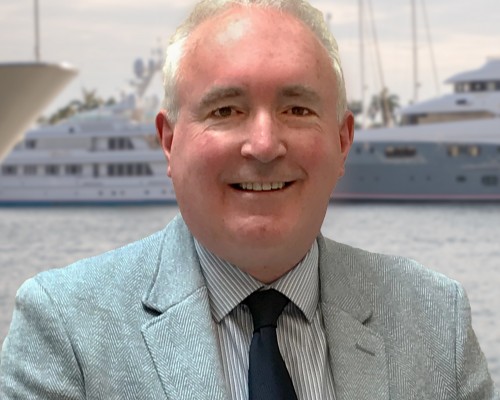