Measures which protect public health are vital and the SPAA has always supported a stance which guard our borders, particularly against newly identified strains. We understand that there must be restrictions in the short and medium term until the vaccination programmes across the world give more confidence about travel.

However, today’s First Minister announcement that anyone arriving directly into Scotland, regardless of which country they have come from, will have to enter managed quarantine is virtually a moot point as this directive relates to a very small prospective amount of inbound travellers who already would have to provide a negative certificate and self -isolate upon arrival regardless.

What the SPAA has been asking for, since the early days of the pandemic, is a clear roadmap out of what is realistically a terminal situation for the Scottish travel sector. Scotland urgently needs a plan for how our country will return to travel, and targeted financial support for the whole sector.

Travel is essential for Scotland. Outbound tourism is worth £1.7billion to Scotland and sustains more than 26,000 jobs. Outbound travel is worth over £37billion in gross value added (GVA) to the UK which represents 1.8% of GDP.  Tourism is often cited as the world’s biggest industry and for Scotland, it also helps sustain rural communities and regenerate urban areas.

We can’t just pull the plug on all of this economic activity as without a plan for how to reinstate it.

It’s not enough to assume that what we stop now can, or will, resume automatically when we want it too. Routes are a valuable and vital ‘commodity’. Many of the destinations accessible directly from Scotland have been hard won routes. Our country needs its connectivity more than, ever as this is how our economy will recover from this pandemic as our businesses trade internationally.

We understand the public health rationale behind the planned enforced quarantine, however, what we also need is a clear plan which outlines the role that vaccinations and testing will play in restoring free movement for Scotland’s people and goods. 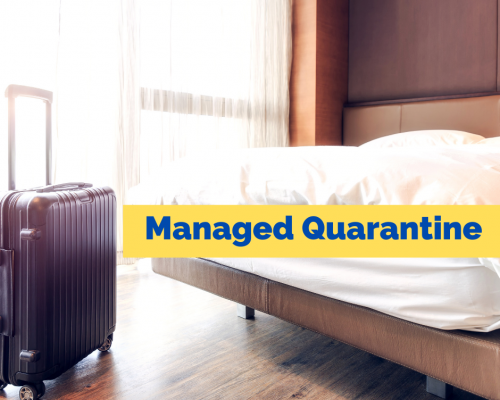